A railway which is used as intensively as ours needs a fair amount of maintenance. It was decided to hold a Track Day on July 18th 2013 to attend to certain "problem areas" which had been giving trouble. 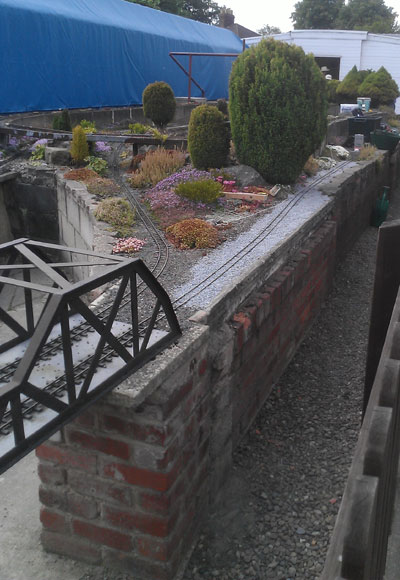 This section of the main lower level running line included the infamous "hump" where manually controlled locos tended to come to a halt before "gathering themselves" and continuing and R/C locos needed an extra touch on the regulator. Thanks to sterling work by Mike Riley and John Rymer, this section was relayed and the "hump" largely disappeared, though a large concrete block under the trackbed meant it couldn't be completely eliminated. 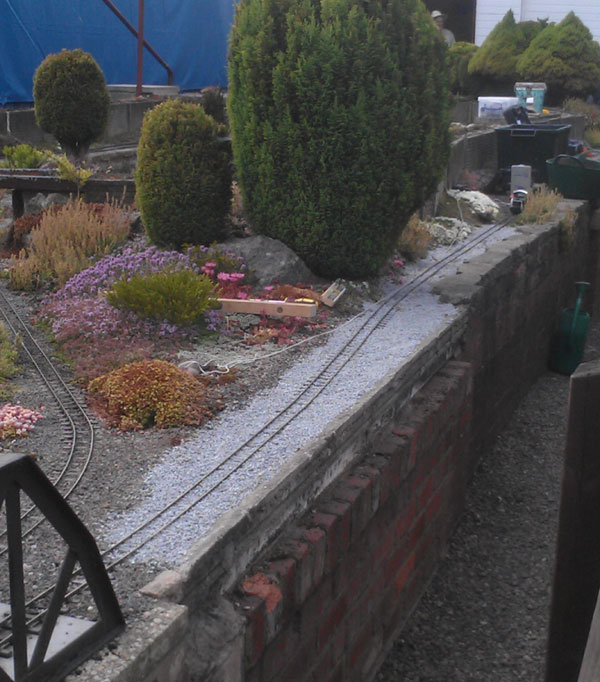 Mike's battery Simplex was used to test the new track - if it didn't fall off, anything heavier WILL stay on the track! 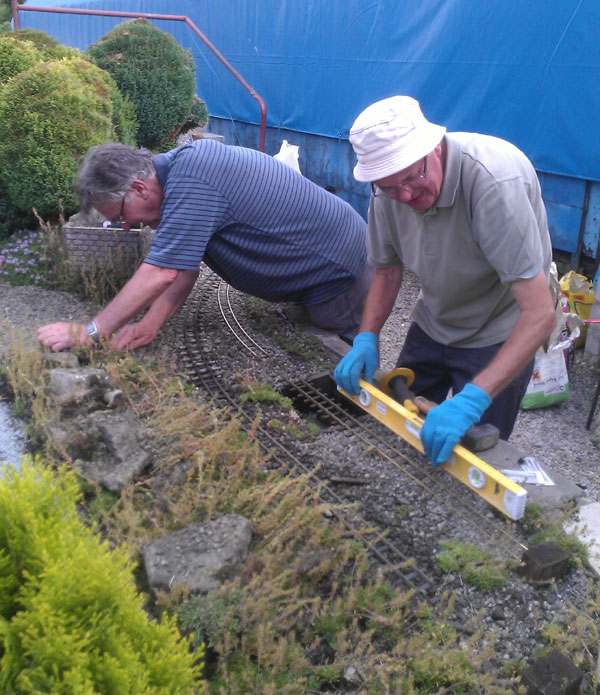 Around the back, Colin Godfrey and Brian Laughton concentrated their efforts on relaying the steaming sidings and connection to the running line. They had to bend the rail using rollers to get the reverse curve right, but this caused all sorts of hassle as the rail sometimes (but not always) wouldn't bend without twisting. After a LOT of muttering, cursing and head scratching, the theory was developed that the rail had in-built stresses from when it was made - rolling it in one direction "unlocked" these and caused the rail to twist: rolling in the OTHER direction didn't and the rail curved BEAUTIFULLY! 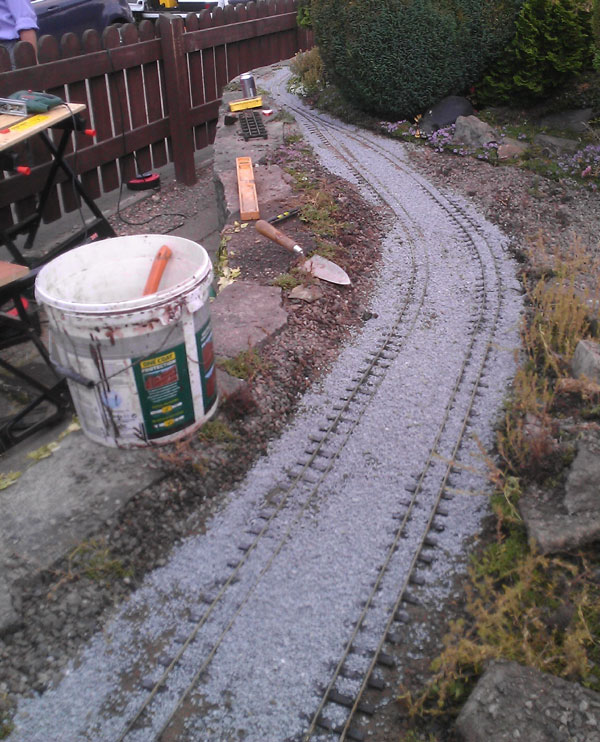 The final section was the resposibility of the Webmaster. The front steamup siding (where he usually operates from) had been in a very poor condition for years, in fact the wooden sleepered track disintegrated when lifted! A "big dig" resulted in proper concrete foundations where there had never been any - the original track just "floated" on the ballast - with wood blocks incorporated to fix the track to. The existing turnout was re-used, a tree was chopped down and generally eliminated and two parallel sidings installed in place of the one - the link to the rear steamup area which hadn't been used for years was abandoned and lifted.

Two other people deserve a mention: Keith Johnson our Treasurer turned up in time to pay the bills, and Oliver Rymer did the sensible thing and stayed in the club house playing some sort of game - he was, however, willing to be trained in the art of providing coffee for the rest of the workers!