It was a fine Saturday morning, the first day of June, when we set up ready for our Mamod Day. Elliot had recruited a local Mamod fan through the BGRA Facebook Page who ran a smart looking MSS engine and train.

Norman set up a brilliant display of static engines and classic Mamod road engines. His display attracted much attention from the public and many childhood memories were revived for people of a certain age.

On the track, we tried to run as many Mamods as possible even though some were in heavy disguise. Elliot had a sight glass blow that forced an early end to his Mamod running and we all ran other locos as the day passed.

It would have been nice to have a few more runners but it was still a good day and our visitors seemed to like it. Dave, Don and Lucy took the pictures.

Not a Mamod but still a welcome runner.

Chairman enjoys the sunshine while Elliot's Mamod recovers from a blown sight glass.

OK, not a Mamod but it does have a Mamod based power unit.

More like a Mamod but re-skinned and radio controlled.

It is Mamod Apple Green so it must be an Honorary Mamod.

Elliot does some coal firing on the top track. 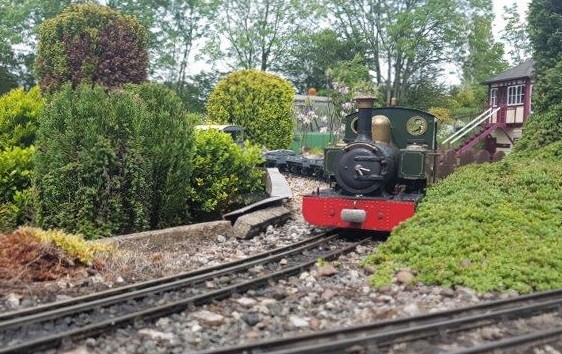 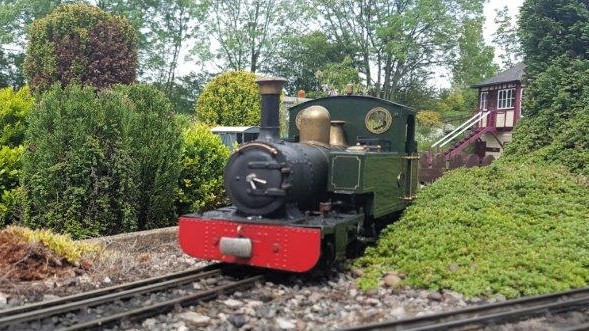 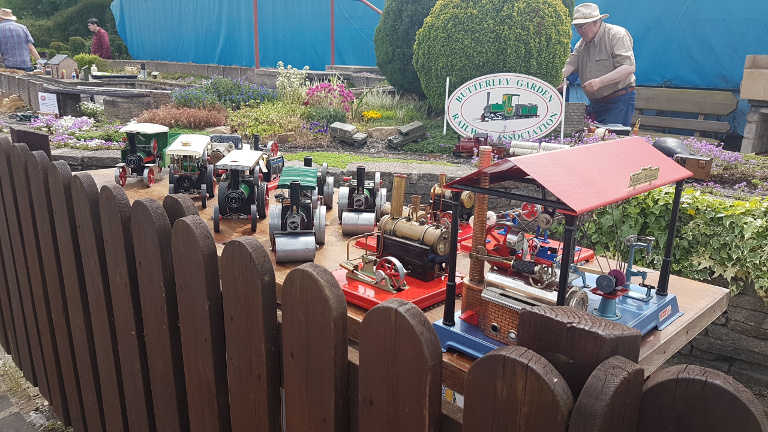 Norman's brilliant collection on display for the public. 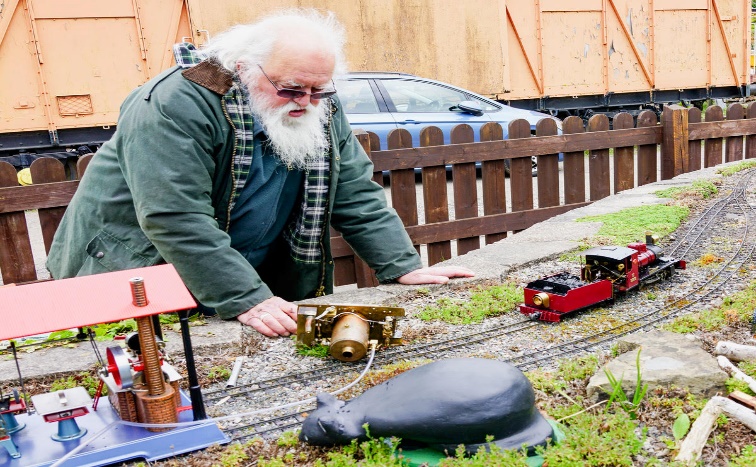 Old whiskers puzzling over a loco he and his son bought at Peterborough!

If you have more photos to add to this or other galleries then please send them to bgrawebsite@gmail.com.