Carol Kirkwood had cast an awful spell on the weather and promised us fine weather on Tuesday and Thursday but something memorably bad on Wednesday. It turned really cold, blew a gale, threatened snow and got very wet. Six brave souls turned out but by the time we'd scoffed our chips we were rewarded with a complete change. The sky cleared, the wind dropped and though it was very cold it turned into the perfect evening. 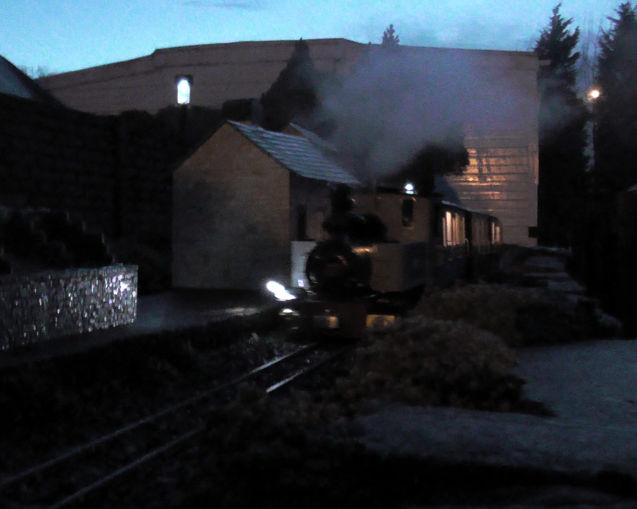 It soon steamed up... 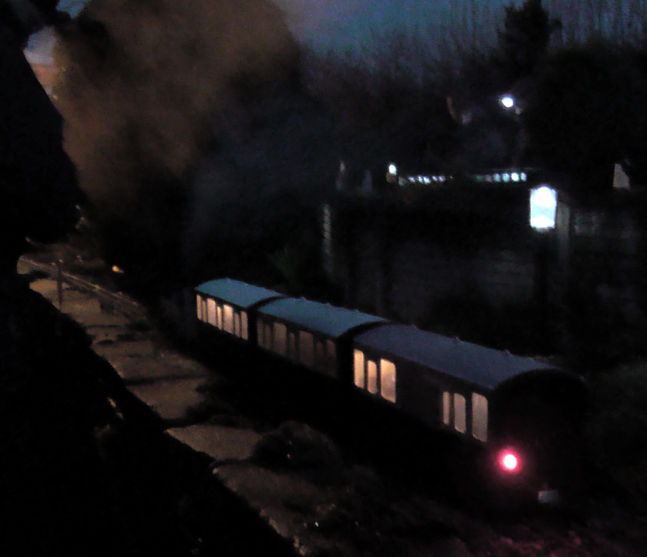 ...and disappeared into the night. 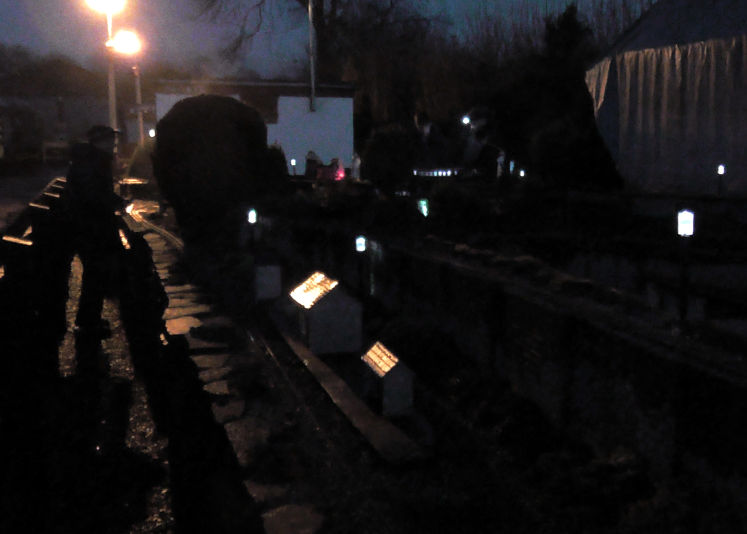 Eric ran round while Elliot tried to get the coal fired loco to light. 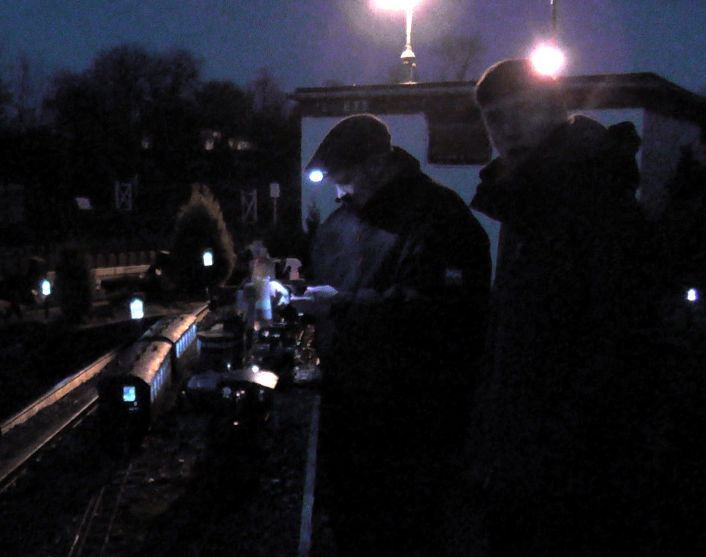 Helped by Adam, they had to abandon coal firing because the charcoal just wouldn't light properly... 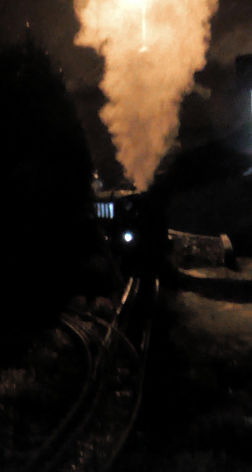 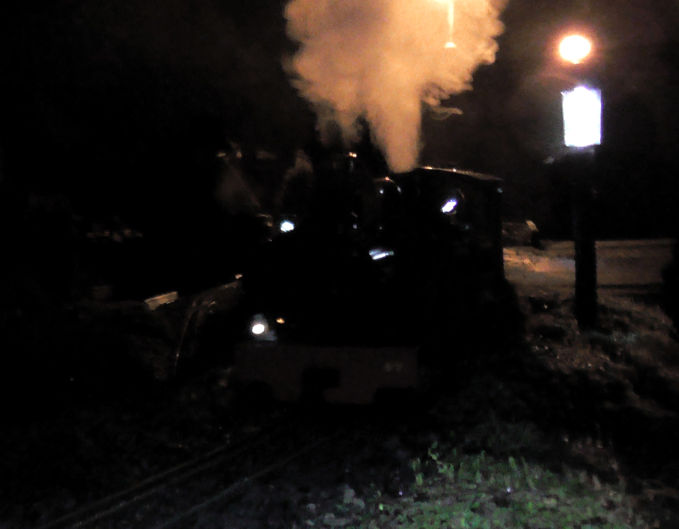 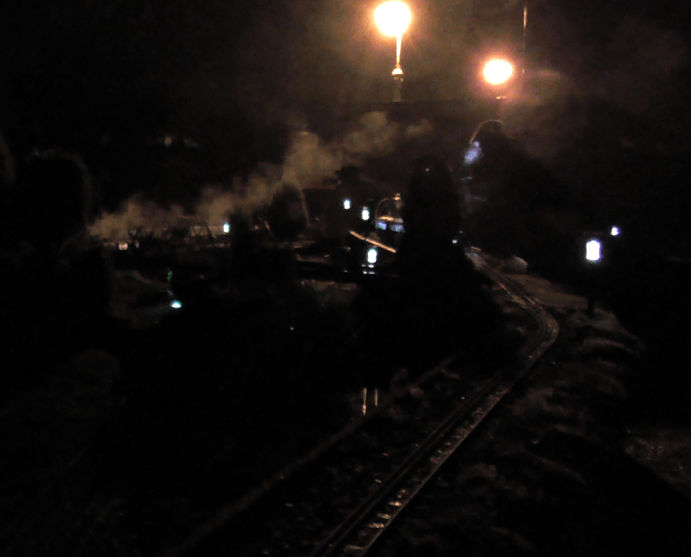 It all got very atmospheric and steamy but... 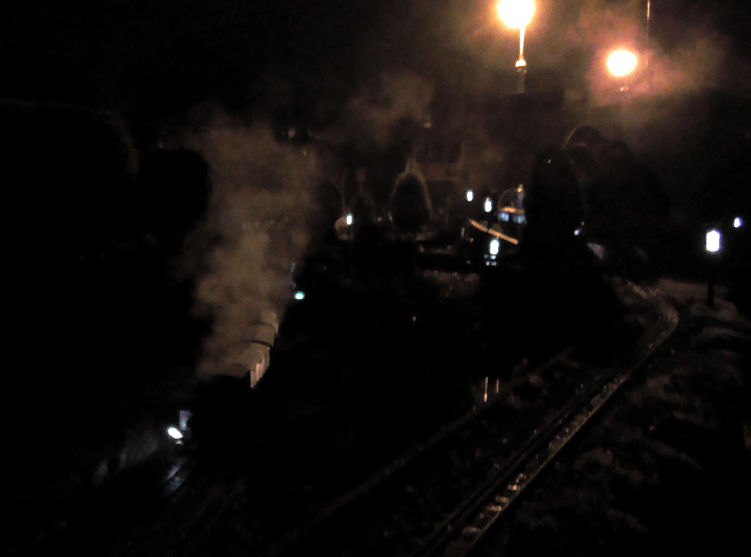