A Mild Sunday in February 2017

The winter of 2017 has been grim so far. No snow but buckets of rain and bitterly cold. Then unexpectedly a mild Sunday. There were a few hardy souls on the big railway but very thin on the ground for a half-term weekend. We had the best turnout of the year so far. 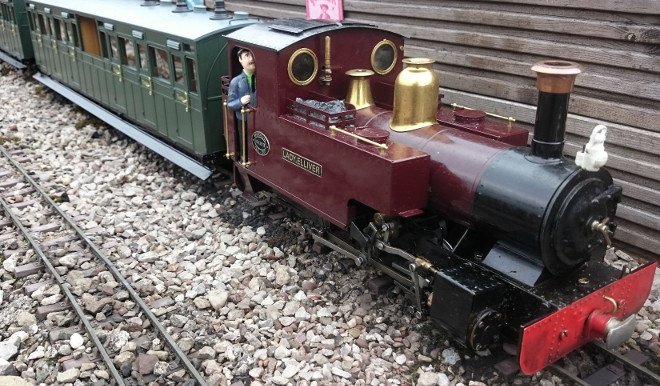 John arrived early and Lady Elliver was the first to run. 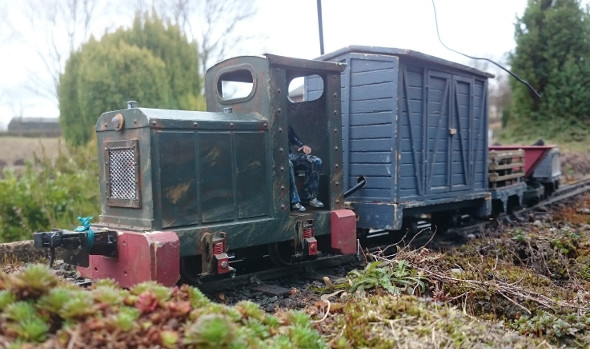 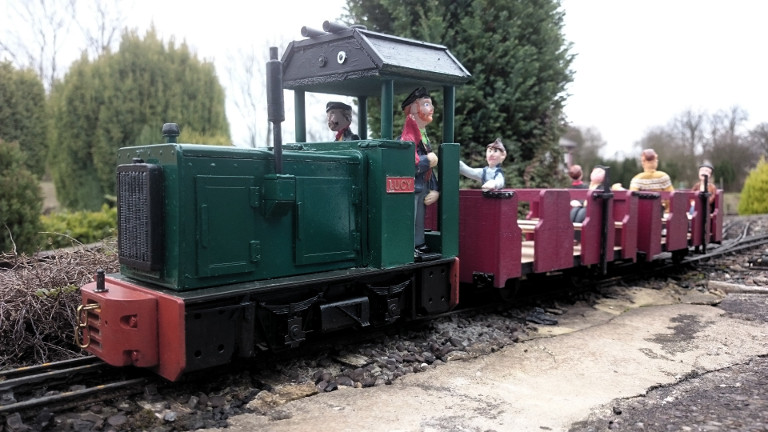 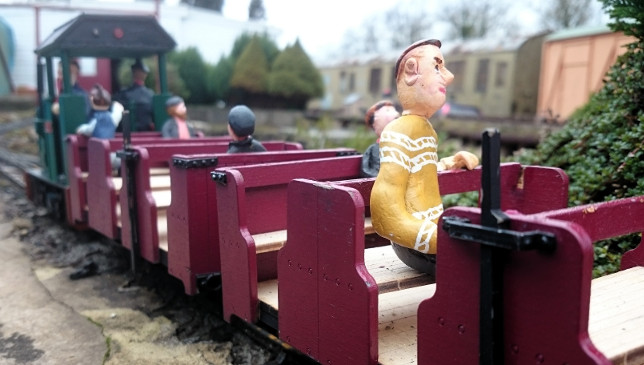 ...with a suspicious looking character in the coach. 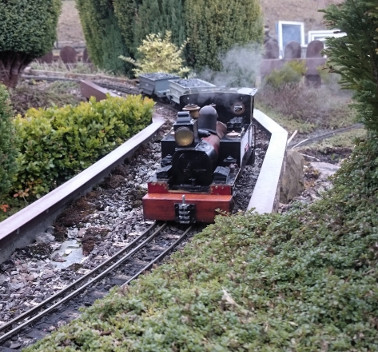 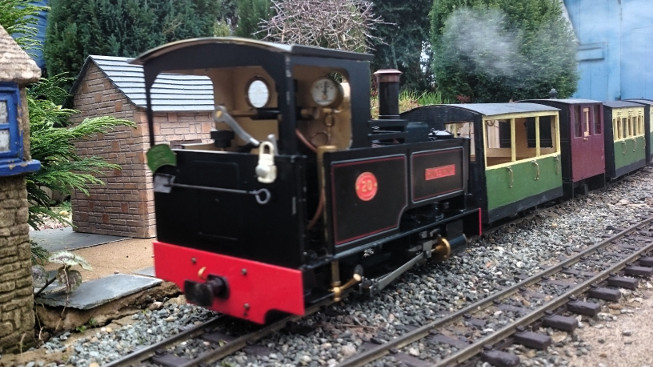 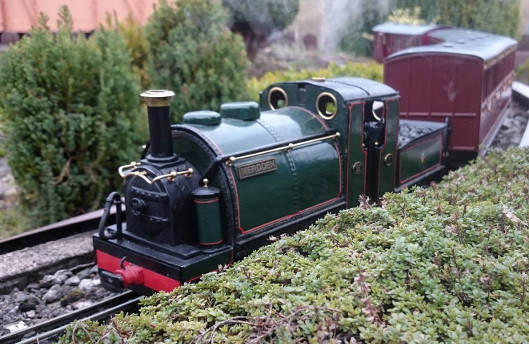 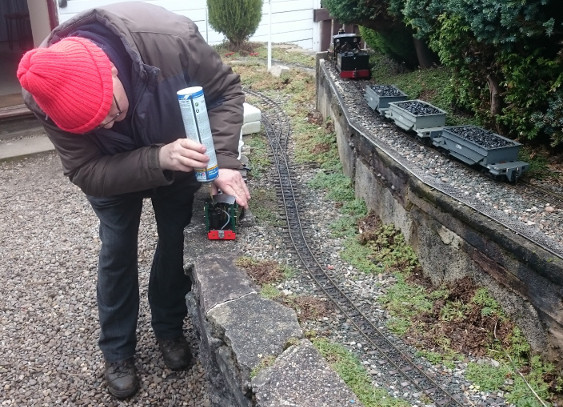 Keith prepares to blow up his Mamod while Lady Anne rests in the siding. 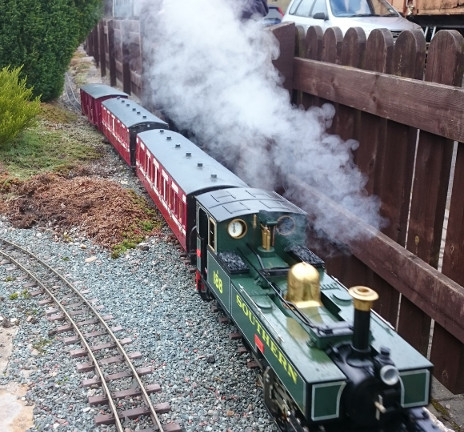 Selwyn ran his gorgeous Manning Wardle 2-6-2 with a passenger train... 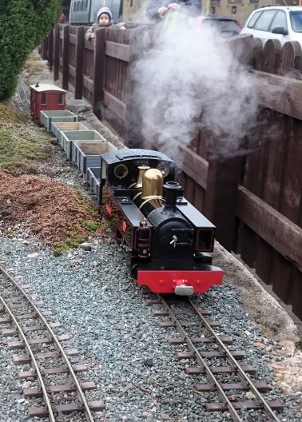 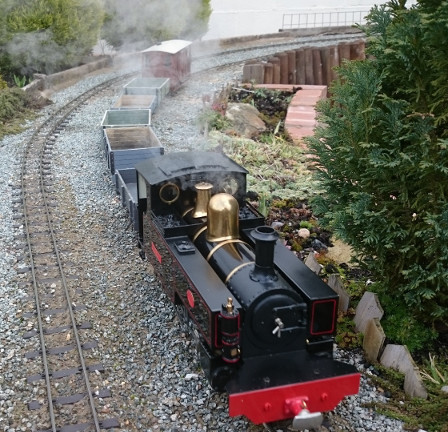 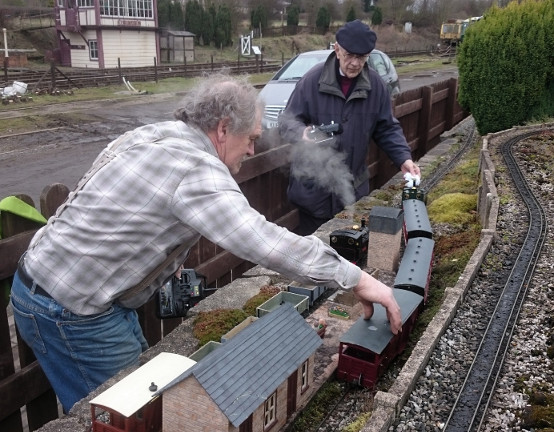 They even played nicely together when Selwyn had to reverse into the passing loop. 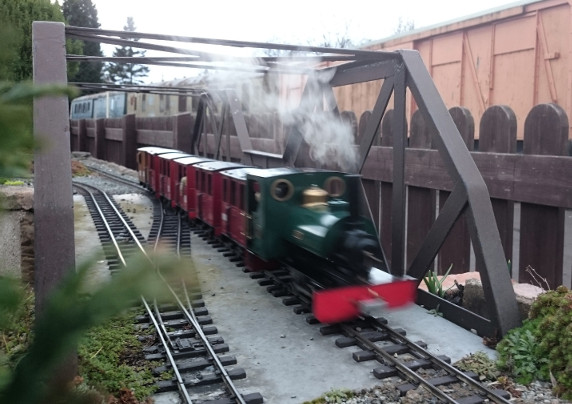 Meanwhile, Derek cranked up his Bertie pulling a rake of Mamod coaches and brake van. Derek's passengers always look a bit worried but the guard just keeps taking his medication. 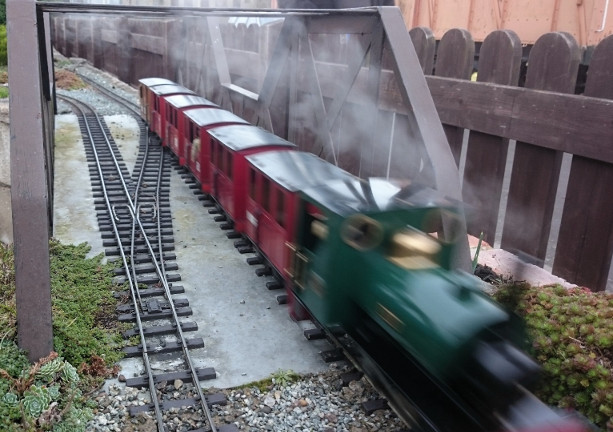 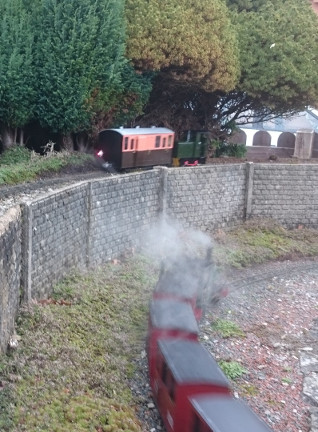 ...Eric wisely decided to move to the top track... 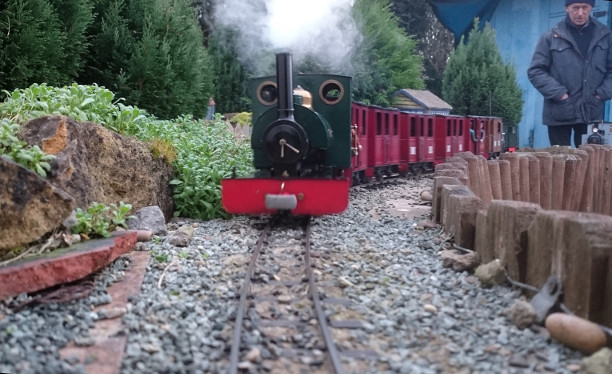 ...but after a spectacular crash, Derek finally got his speed to sub-sonic levels... 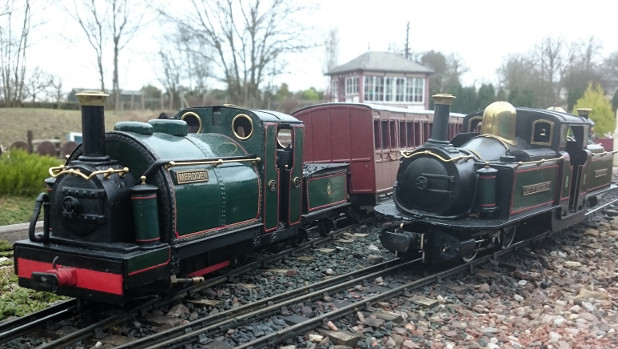 ...while John stayed in the siding and posed his locos nervously.